Five stars!  A top quality boutique amp builder with many models to choose from. Keith is the main man at the small shop which builds to order. If you are serious about tone as a guitarist , it is worth checking this company out.     -Tom Sayers 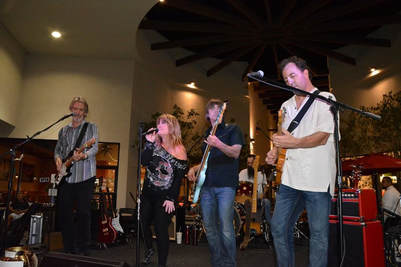 I played a great gig tonight. It’s always nice when I get compliments about my tone. This time, the guys from the sound company were very complimentary of my rig and tone. Quote…”The best guitar tone we’ve heard in years. It was a pleasure to mix that tone in the band”. My playing is OK, but I’m so proud of my tone. Rich, fat, warm, harmonic, articulate. Just awesome! Thank you for helping me find my tone and inspire my playing.

Note to Chris from RedPlate - We are sure your playing is more than just OK!
Keith you rock!!

I am impressed beyond belief with the build of this amp!! It looks amazing, I absolutely love the design and the sound is truly one of a kind awesome!!🤘 Thank you thank you thank you so much for the time and effort you put into this great piece of gear, I couldn't be happier!

I have been jamming since it arrived, got the chance to hit a jam session and crank it up pretty good and I (and everyone there) was blown away! I did a live video of the clean/lead/gain 2 progression and I will post some more when I get a camera/mic set up on it in the next couple days so the true sound (not a cell phone mic sound) can be out there. I'm just having so much fun rocking it out I can't stop to set up the mic and record😂😂😂

Again, you and your team are hands down amazing, Red Plate rocks and I'll do my best to get the word out everywhere I go and online!
​
-Chris Kopp
Hey Keith,

Just wanted to get back to you and say thanks for THE BEST SOUNDING AMP I’VE EVER OWNED!!

I needed to take some time with it and find my zone, particularly with the overdrive channel, but I’ve found it and it sounds and feels amazing. It took me a while to get my ears around that accentuated mid “Dumble” tone and make it work for me but once I hit he sweet spot it was all over!

The clean channel is a no brainer. It sounds good no matter what you do to it. Best cleans I’ve ever had! Finally solves that Fender clean thing where you want the sparkle of a blackface but without the “poopy” low end. The highs are crystal clear and articulate, perfectly balanced with the mids, while the lows remain powerful and super clear with tons of definition. It takes all my pedals very well and with very little adjustment from the settings I used with my Dr. Z MAZ 38. I don’t know how you guys did it but you built something very special that I have never heard anywhere else. Thank you, thank you, thank you!  - Greg @ MassivePost 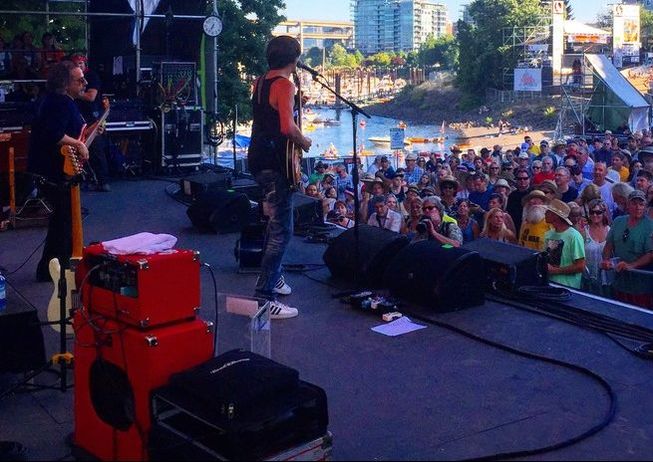 ​“I’ve been in the Redplate family for 8 years now and there isn’t any amp like it. It's the only amp I use and it never lets me down. I own a BlackVerb 100 and a BlackVerb 50 and both amps have stunning clean tones, soaring sustain, and they are very touch sensitive which really brings out the dynamics in your playing.  Switching to Redplate Amps made me a better player.”  -Ty Curtis 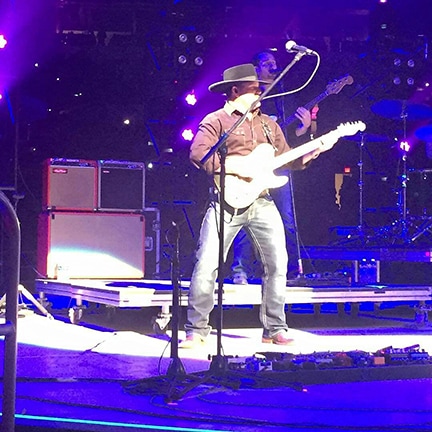 "Look at those babies!  It's not the size of the dog in the fight, it's the size of the fight in the dog.  Every night when I walk on stage and hit that first note, I know my 1x12 RedPlate TweedyVerb bad boys are about to deliver a huge knockout punch to the audience."
- Jason Lerma
Guitarist for
​                                  Aaron Watson
“For those who have been fortunate to play a RedPlate Amp, we know these are very special.  Hand wired, detailed oriented boutique amps.  RedPlate makes unbelievable stuff!  - Greg Arnett
“I have the RedPlate Magica and it’s incredible.  It’s the one amp to rule them all for me.  I do a lot of diverse stuff - musicals, session work
- from blues and funk to progressive metal.  I use the Magica for all of it.” - John Huldt

I have the RedPlate Magica and it's incredible!  It's the one amp to rule them all for me. I do a lot of diverse stuff - musicals, session work - from blues and funk to progressive metal.  I use the Magica for all of it!!   - John Huldt

BluesLine - so, i used the amp yesterday at a concert at M.I. Henry , it was simply the best tone I have gotten in a long long time...I have to get a video for you soon.. Allen Hinds           www.allenhinds.com
RP50R - After two live outdoor gigs with this amp, I am hooked. Still figuring out a little bit of the dialing in on it, but I had more than a
handful of people including a couple sound guys ask me “What the hell is that thing???” They were pretty amazed at the amount of big sound coming out of that little box. And I honestly didn’t really have the master up more than about 10 o’clock. So, just saying THANKS as it’s really a great amp. And I have removed three pedals from my board that I used to use to cascade gain stages. Now, my pedal board literally has my wireless, a small clean boost just if I want a little more hitting the front end, a volume and a wah. The RP50R took off my OCD, my Bogner Ecstasy Blue, and my Keeley Red Dirt. Killer amp – thanks again! In due time I’ll post up some vids of it but am absolutely floored with how well she handled whatever I threw at her. Not used to being able to get USABLE cleans and dirt from the same amp. My Carol-Ann came close – the gain channels are really nice on that. But the clean channel on the RP50 seals the deal!Best regards, Scott E.
Hi Henry!  Just wanted to let you know that we're recording our new record at Blue Rock Studios outside of Austin in Wimberly Texas.  I have the Tweedy Verb in tow.  I recorded all of my electric tracks on it today.  We're broadcasting the whole recording process on the internet as well as making a new video each day to recap that day's song. The Tweedyverb is blowing everyone's minds.  Thank you so much for all the support! Matt G
BlackVerb88 - holy, moly.  This amp is absolutely amazing.  I've owned some of the best amps ever made.  Two-Rock Classic, Mesa Lonestar Special/Roadking/TA-30/Mark V/Roadster/Mark I, Reinhardt 18, Dr. Z Remedy/Maz 18, Zinky Blue Velvet 50, Suhr Badgers 18/30/35, Fender Deluxe Reverb,  etc. This BlackVerb88 is simply the finest I have played.  I'm still working with all the dynamics and learning how to best set it up, but I love this beast. Stunning, powerful, articulate, CLEAN, sparkly, smooth, and on and on.
Well done and thank-you. Bill S.

Custom Magica - RedPlate guys - You were more than accommodating with my purchase of the Magica-R amp and built a beautiful piece of equipment.  My sincere thanks for the cooperation with my requests on the amp build, and all of the wonderful comments about the people and products that are RedPlate Amps is overwhelming true.  I hope that we have the chance to meet in person so I can thank you
personally.  Best regards, Jeff S.

I couldn’t be happier I love your amps as this is my second one the first being a blackverb combo which I still have love and play.
I have been playing the Aurora losing track of time and playing into the wee hours! Thanks for building such great amps.  Jeff R.

Magica -  I have to say, this amp is pretty much everything I've been searching for in a channel switcher; it's taken me many years, but I
think I've finally found everything I'm looking for in the Magica! Josh W.

BlackVerb- Keith and you did a great job updating and repairing my amp. I haven't been able to stop playing it since it arrived, and I know the job you did cost far more than what you actually charged me. Your customer service is flawless in a flawed world, and you will always have my endorsement and my future business.You guys are the best! Charles H.
BluesMachine- Got a real appreciation for the art of the build in the guts.  WOOOW!!!  Fabulously interesting on the choice of resistors,
looks like every single one was chosen for where it is positioned as to what its function is, expected different ratings, but did NOT expect so many types.  Also noted the liberal use of adhesives to keep things from moving around and possibly to limit microphonic behaviors with certain components.  Did I get it right that the smaller board adjacent to the pre sockets has the grid stoppers right on the sockets instead of some distance away?  I think that I'm seeing a lifetime of experiences in that layout.  I'm flabbergasted.  Ken Fischer, (RIP) would like the
short signal path, and Merlin Blencowe would also be pleased, IMHO at what is inside. It's like a retard looking at the work of a master, I'm
that humbled.  Gary A.

I purchased the Astro Dust, and Henry, let me complement you on such a fine product: it is incredible in every way. Not only does
it bring out characteristics in my guitars that I hadn’t heard before, it can produce almost any tone I want. But the most impressive thing is
the control over the gain. You can leave it wide open and change the whole character of the sound from your own touch and dynamics on the guitar. It’s a musical instrument in itself. I’ve never found an amp that can give such big, clear and saturated tone while not obliterating
the sound’s character by needing heaps of distortion to create that saturation. I will sing your praises far and wide.
Best wishes Ed H.
​ Well I have had my new rp50duo for over a week now and it is even more amazing than last week. The tone and versatility are beyond
description. I have been playing over three hours a day since its arrival, my girlfriend is even jealous of your amp. So when you guys at
the shop are having one of those days when you are over whelmed and wondering if it's all worth it... I am here to tell you that the service
you are providing building these amps for guitarists is truly awesome.  Thank you again Michael H.
I have a CDS2 - the only amp I've played for the last 1.5 years, and still loving it just as much as day 1! That says a lot for someone who's
moved through a lot of amps. So awesome. Justin S.